The organizers of the Algebraic Graph Theory International Webinar would like to invite you to join us and other colleagues on May 24, 2022, at 7pm Central European Summer Time (= 5pm UTC), for the next presentation delivered by Tomo Pisanski.

Abstract:
Configurations became a hot topic of mathematical research already in the 19th century. Several prominent and lesser known mathematicians, such as Fano, Mobius, Kantor, Pappus, Desargues, Pasch, Miquel, Kummer, Klein, Grey, Martinetti, Steinitz, Levi, Menger, Reye, etc., are associated with particular configurations or with the general concepts concerning the study of configurations. Some of them stumbled upon configurations while pursuing research in other mathematical topics. For instance, the Desargues configuration appears as a byproduct of the Desargues theorem in projective geometry. Other mathematicians were interested in parameters for which configurations exist. At the turn of the millennium Branko Grunbaum became interested in the problem, for which values of n there exists a geometric (n_4) configuration. He reduced this problem to a small, finite number of open cases. Nowadays, only the case n = 23 remains open. In his work on this problem Grunbaum developed and used certain techniques that we may call compositions. Compositions form a fundamental tool in the synthetic approach to configurations. They constitute a class of operations that turn input parameters into a new configuration. There are primarily two such classes of operations, depending on the nature of parameters. In case of integer parameters, the so-called families of configurations are constructed, eg. cyclic and polycyclic configurations. On the other hand, the operations of Grunbaum incidence calculus are typical synthetic methods that compose large configurations from smaller ones.

In this talk we revisit the Grunbaum incidence calculus and its applications to the problem of existence of combinatorial, geometric and some other species of configurations. In particular, we indicate how we are using it in our own past research and in our current work in progress with several colleagues, mainly with Leah Berman and Gabor Gevay.

Further details may be found at http://euler.doa.fmph.uniba.sk/AGTIW.html

where you can also find the slides and the recordings of our previous presentations. Also, if you wish to advertise an AGT friendly conference on this page, please send us the link.

Hoping to see you at the webinar, and wishing you all the best. 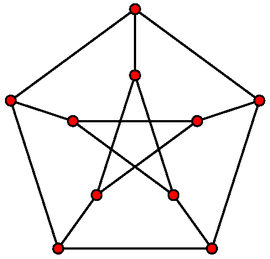