Addresses the knotty problem of the quantum-classical divide. Adopts two approaches for describing classical systems in the framework of quantum mechanics. Presents solvable models of the "quantum measurement" process

If we admit that quantum mechanics (QM) is universal theory, then QM should contain also some description of classical mechanical systems. The presented text contains description of two different ways how the mathematical description of kinematics and dynamics of classical systems emerges from the mathematical formalism of QM. The first of these ways is to obtain an equivalent description of QM (with finite number of degrees of freedom) as a classical Hamiltonian field theory and afterwards restrict it in dependence of specific classical system to obtain the classical Hamiltonian mechanics of that finite system. The second way is transition to QM of systems with infinite number of degrees of freedom - i.e. of macroscopic systems - and extraction of classical mechanics (with finite number of degrees of freedom) of macroscopic variables of this quantum system from it . The last chapter contains some considerations concerning the "measurement problem in QM", in which a measured quantum "microsystem" has to be dynamically connected with changes of classical states of a macroscopic quantum (sub-)system - the measuring device. Several models of this process are presented. 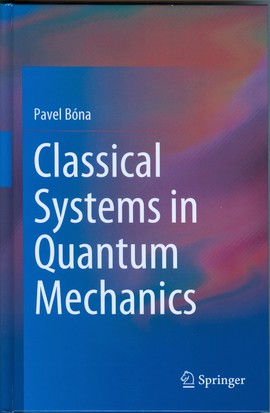